So I was driving down the road the other day when I came to a stop light and glanced over to see the prettiest old truck and trailer that had obviously been restored to all its glory. Two things happened...First. The song/slogan (It’s still stuck in my head.) “Baseball, Hot-dogs, Apple Pie and well, in this case, GMC.” popped in my head and Second. I noticed the "hk4design logo" on the truck (along with two dogs, one in the back, and one with the driver). 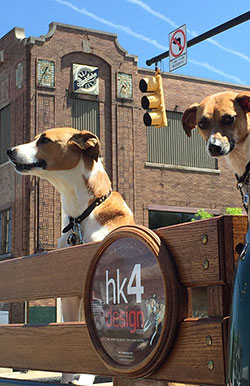 I wondered what is “hk4design.com” ? I wanted to keep starring but the traffic started to move.

Do you know what I just experienced? The power of branding at its best. While the truck may not have been a Chevy, that shows just how the "perfect image", sound or brand name can stick in your head. "Eye Candy Is Real" You can remember it even years later. Howard Keith realized this from an early age and was intrigued by it. So much so, in fact, that after attending Ohio State (yeah, your beloved Buckeyes) earning a 3.75 grade average in the first year, He moved to Akron Ohio/University of Akron to complete his degree in graphic design.

While in college, Howard was given the opportunity to do freelance work for a number of nonprofit organizations. Because his designs were so impressive in his 2nd year of college, they caught the eye of a local Advertising Agency which landed him a full time position as a designer working alongside great Sr. designers, twice his age. With all kinds of layout and design work on many new accounts like Goodyear and Mac Tools; he had many opportunities to learn & grow as a designer. 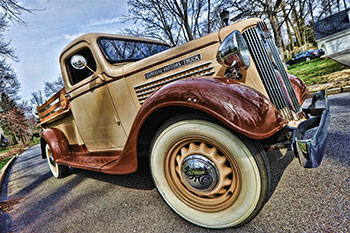 Being hired right out of college and Working for a couple years in a larger Advertising firm was a great start for someone in his early 20's, While gaining invaluable design experience in Print, Web, and Broadcast/TV Creative Services, Howard Keith started his own freelance graphic design business, Howard Keith Design, now called "hk4design".

Over 30 years later, the majority of Howard’s clients have stayed with his branding updates and direction. As a matter of fact, while many companies that he designed for have evolved various aspects of their business to stay with the times, but they have all kept one thing constant...their original logo/branding that Howard Keith created for them many years ago. 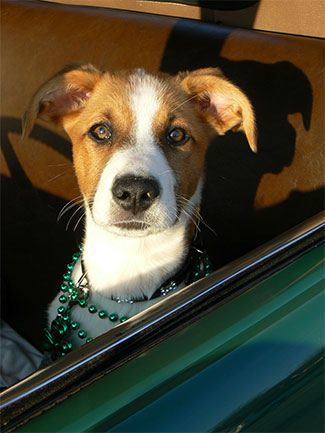 Howard explains that one of the things a great logo can do for your company is make it approachable and get people to take a second look. Using visual devices, your unique logo allows your brand to be recognizable. The right type of logo/brand will also get people wondering about you and asking questions.

And speaking about asking questions and being approachable, Howard is no stranger to adults coming over to him when he is out by one of his "old" trucks and asking him what exactly the "hk4design.com" means and want to know more about the logo which appears on the side of his old trucks. Of course, his two sweet dogs get approached too. The two beagle mix rescue dogs are his and his wife’s children, named Patience and Temperance/TEMPIE, and they love all the attention they get from children and passersby. 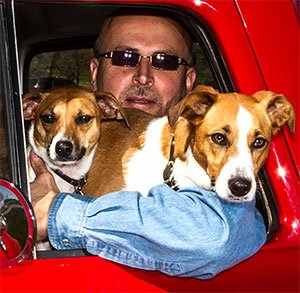 So what does Howard “Howie” do when he’s not using his creative juices to design memorable logos/brands? He enjoys restoring old trucks. Many guys collect muscle cars, but Howard loves the old trucks because of their working to build/built to work place in our American history. Startup businesses and Farmers have used all types of trucks for many years. Restoring them is Howards way of preserving a little piece of American history here in Ohio.

Perhaps you’ve seen his "GMC" handiwork...the Tan & Brown restored truck he drives is a rare 1936 GMC T-14 half ton pick-up truck. This 1/2 ton GMC pick-up was only made for six months in the 2nd half of 1936. It is so rare in fact, that GMC, does not yet have this Truck in their own collection, As Seen On This "About" Page in a 30 second TV Spot. GMC featured it as a Super-Bowl ad one year to celebrate the NEW 2008 GMC Denali and the GMC’s 100th Year Anniversary Hardback Book.

Like the logos he designs, he considers his truck and many others to be a piece of art. If your company needs a new identity system or branding updates, please give "hk4design.com" a call today - 330-388-0320. If you do, you will get the owner right on the phone. He is a one man band who decided to work smart and keep a small creative team ready 24/7 from his Ohio based office. 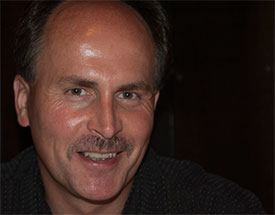 So, If you have luxury sports car taste but are on a compact car budget, call him today. Who knows, with the right branding, you may get so much talk & people remembering your business, your service, your look, and you’ll soon be seen as their next best choice!